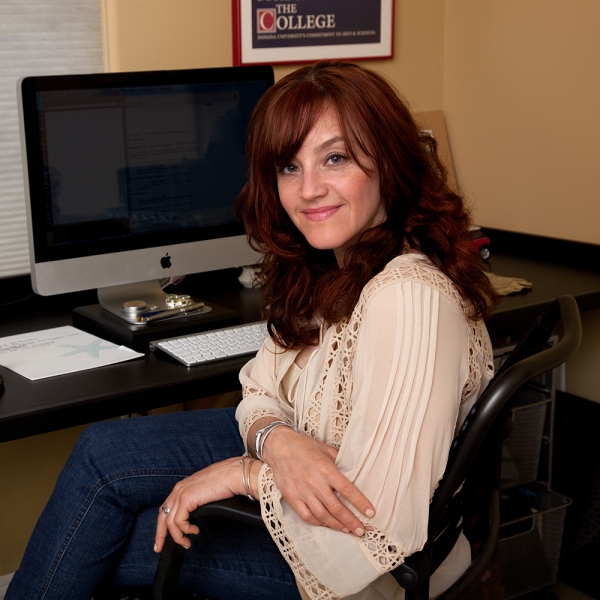 Clarissa Jacobsen is the wondrous writer of Lunch Ladies a short horror film touring the film festivals now. Lunch Ladies is about two burnt out high school Lunch Ladies who do whatever it bloody takes on their quest to become Johnny Depp’s Personal Chefs. I highly recommend it and can not wait for it to become a feature length film. The film is directed by J.M. Logan who worked on visual effects for Apocalypto and Production Manager for The Circle starring Tom Hanks. The films two main stars are Donna Pieroni as Seretta and Mary Manofsky as LouAnne our intrepid lunch ladies. The ladies have shared a miserable existence as high school lunch ladies serving up rubbery chicken parts, ammonia-treated government meat and whatever else the cash-strapped national lunch program sends their way. This year is going to be different: The twin’s Cheesy Burger Bites recipe is the Grand Prize Winner of Johnny Depp’s Cook for Kid’s Charity Event. Convinced this is their ticket out of high school hell town and that “The Depper” will hire them to be his very own Personal Chefs, their dreams are shattered after a snotty head cheerleader pushes them one step too far. This forces the Lunch Ladies to ask themselves – WWJD? What would Johnny do?

I had the distinct pleasure of interviewing Clarissa previously for the House of Tortured Souls, but now that I have my own site I wanted to check in with my friend and see how she is doing with the movie on the circuit:

You have been doing a lot of traveling for promotion and awards, any fun stories?

~I have been having the time of my life attending festivals and every single one has something wonderful or crazy that happened. One of the funniest situations happened at Mórbido Fest in Mexico City where I traveled 1,850 miles to see the Lunch Ladies for our international premiere and never got to see the film.  The first screening I got stuck in a Day of The Dead Parade trying to get to the theatre.  You’ve never seen traffic like you’ve seen in Mexico City, now triple that for the Day of The Dead.  I left an hour and a half early to get to the film – the theatre was only 10 minutes away.  I thought I had enough time.     I didn’t know about that parade.

The cab driver I had dropped me off on the side of the freeway because we were at a standstill and said “Go that way” he pointed to a park telling me to cut across to get to the theatre.  I was in a dress and it was about 100 degrees and I was running through the park, lost –  my Google Maps wasn’t working and there were Day of the Dead floats coming at me.  I was sobbing trying to find that damn theatre with people from Mexico City stopping trying to help but no one seemed to know where it was.   Finally another poor cab driver took pity on me but that ended up being a fiasco as well, because he tried to avoid traffic and we went all over the city ending up in an Uber accident.  Once again I got out of the car, and ran – this time, I don’t know how but I found the theater – I made the Q&A soaked to the skin from sweat with mascara running down my face.

The second time the film played I got there three hours early only to find out after sitting for two hours that it had been canceled.  So, I decided to go see my friend Catya Plate’s movie – Meeting MacGuffin and then Gisberg Bermudez’s movie The Whistler.  That ended up being a massive fail also as the Uber driver who was taking me got in another accident.  I left the next morning for home only having seen two shorts the whole festival.  Yet,  in the funniest way the whole thing was perfect.

Favorite place you got to go and why?

~The favorite place I’ve been to would be Clermont-Ferrand. Though Imagine Fest in Netherlands was amazing too, and Nightmares Fest in Ohio was a joy.  All of the fests that I’ve attended have been great, and have had really wonderful things that happened.  But so far, my top is Clermont-Ferrand.   The thing about Clermont-Ferrand is the audience loves short film so much that every single screening has people lined up around the block.  There’s just a lot of passion for short film there.  Opening night the film played to 1000 people and every seat was filled.  The programmers at Clermont have also been incredibly kind to me and have since taken the film to two more festivals, one in Marseilles and one in Korea.  Imagine they treated me wonderfully too… and Nightmares was the first place the film won an award and I met so many great people there.

How are plans for the feature film going?

~I’ve just been plugging along with the feature – that is trying to find that financier to take the project. It hasn’t happened yet, but there’s a lot of amazing things happening on the horizon and I’m hopeful.

Any new projects on the horizon?

~I haven’t had time to write much because Lunch Ladies has taken up so much of my time, but I have many other projects in the wheelhouse, two of them – Stella by Starlight which was optioned by Bev Nero Productions and Norman Stephens is picking up steam and Psalm Du Sang – a story about Elizabeth Bathory – was optioned by the director, Gisberg Bermudez. The same Gisberg I met at Mórbido Fest.

Have you got to discover any new fave horror films or books?

~The discovery I had was “Don’t Look Now” – Joe Bratcher, my writing mentor had recommended it to me a while back and finally I was able to see it. They call it a thriller, but I think it’s pretty horrific – it was fantastic and terrifying.  I had nightmares.
~How do you like the horror fans?

I love horror fans so much – these are my people – they are smart, supportive, artistic and non-judgmental.

~Have you got any rest at all?-hehe 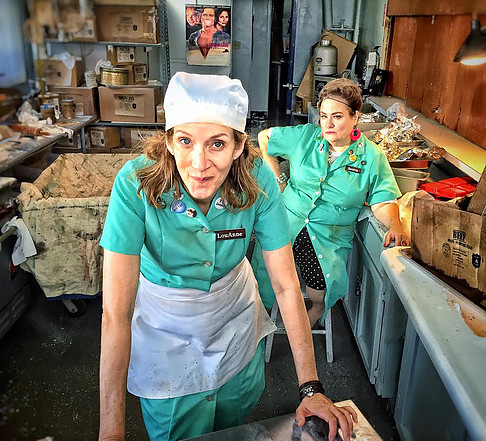 I want to thank Clarissa again so much for taking her valuable time to speak with me and let us know how her short film is going. Please check it out you will be really happy you did!

And to check out my previous interview on the fantastic House of Tortured Souls just click on http://houseoftorturedsouls.com/lunch-ladies-2017/

The Mansion, originally titled Le Manoir is directed by Tony T Datis from Limoges France. Tony started out as a video editor and then moved to Paris to further that career which led to him becoming a director. He worked with Katy Perry and Skrillex amongst many others.

The film was a really entertaining horror-comedy. It starts out a little slow and then the deaths come rolling in! We have a group of friends that rent a beautiful mansion in Belgium with a questionable past. The friends are getting ready to celebrate New Years Day and have brought their various pharmaceutical accoutrements. As the drugs and drinks flow, strange things start happening and our group of friends are suddenly in a fight for their lives.

It reminded me a little of the British horror-comedy Severance, which will become very clear when you watch. I dont want to spoil anyone’s viewing pleasure. It was well acted by such actors as  Marc Jarousseau, Nathalie Odzierejko, Ludovik Day, and Jérôme Niel .

It is subtitled and on Netflix now and I recommend it. If you enjoyed Tucker and Dale VS Evil, Severance, and the Dead Snow series I think you will enjoy it.